All the “Bo Bing” game requires are six dice and a china bowl. Just throw the dice into the bowl – and the different pips you get stand for different ranks of awards you will win. 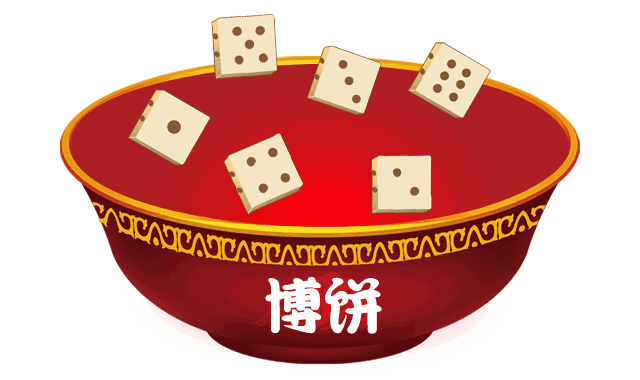 Bo Bing has six ranks of awards, which are named as the winners in ancient imperial examinations, and has 63 different sized mooncakes as prizes. All the ranks are displayed as follows. 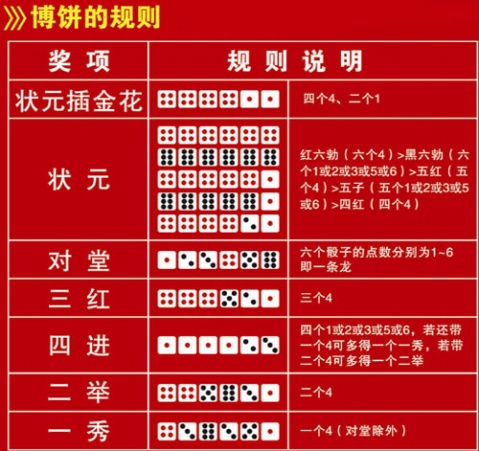 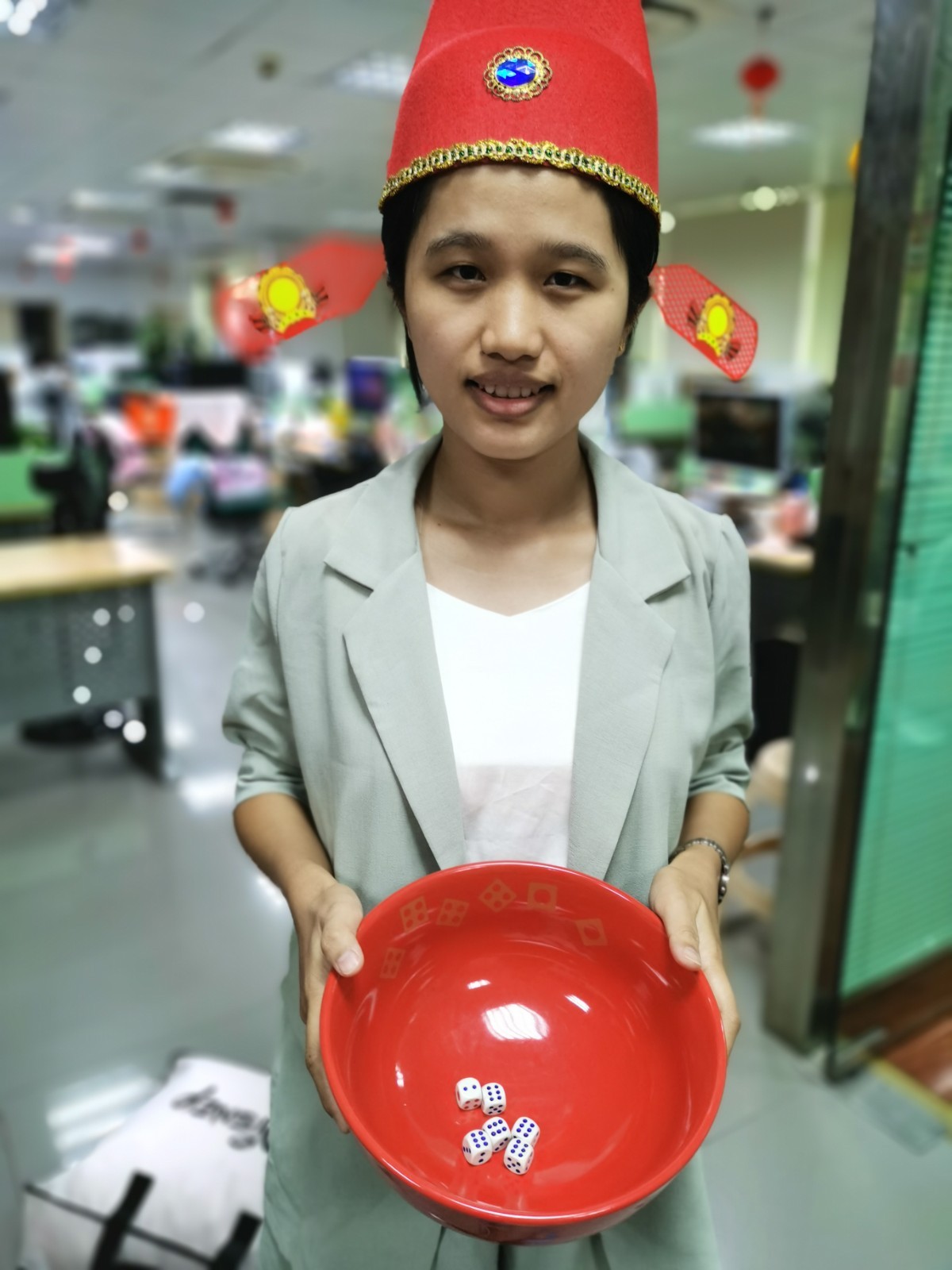 Game players throw the dice by turns and then their pips are counted. The oe who wins the most is always entitled as “Zhuangyuan” and its corresponding type of mooncakes or other equivalent gifts are presented. Meanwhile, in some cases, the most lucky one will be given a special hat -Zhuangyuan Mao. 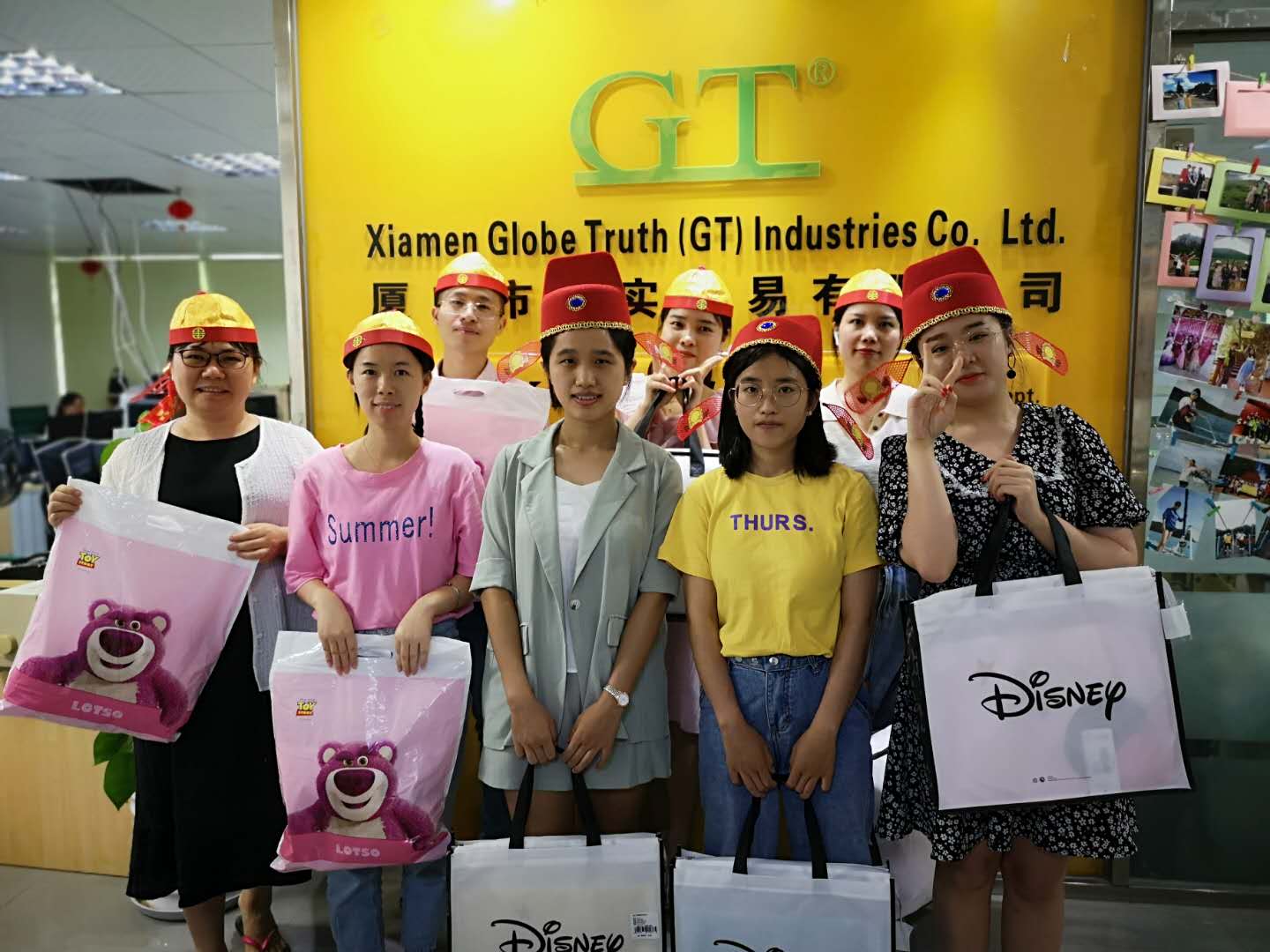 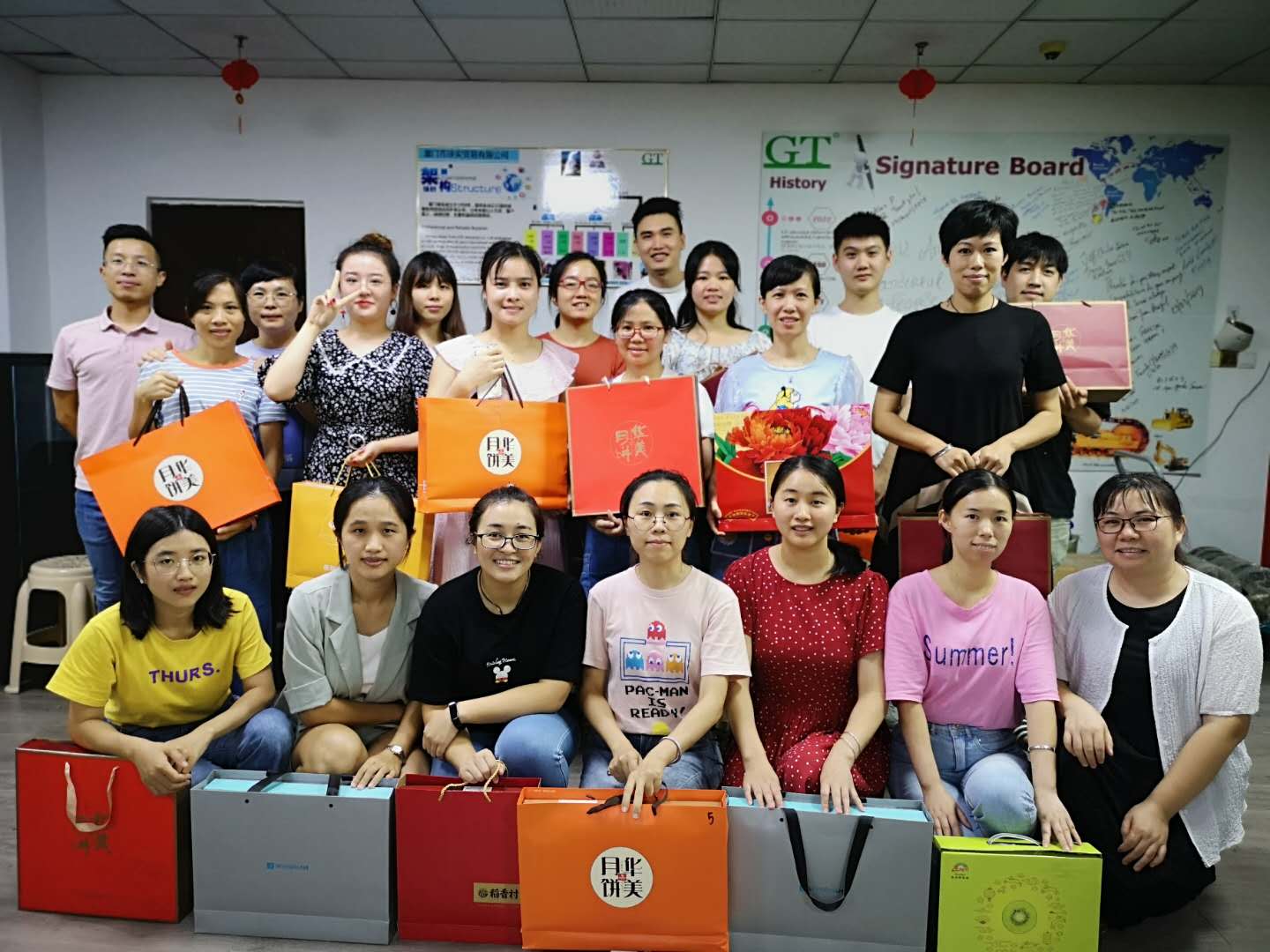